This website is for the sole use of school teachers, administrators, and librarians.

All others should contact our Customer Service Department at (201) 559-2226 for information on how to order from us. 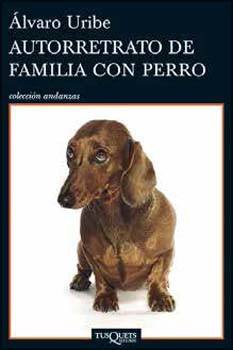 Hover over image to zoom

Due to Adán's fate of having been born a few minutes (seven to be exact) before his twin, Alberto Urquidi Jr., he was always considered the older of the two; not just older, he also became the more intelligent, prudent, self-confident, mature and outgoing brother. Malú, his mother, always showed a clear preference for him as her favorite son. But is it possible that this is merely point of view of an unlucky little brother? To get to know Malú, in all her exuberance and whims, and discover the root of this persisting family injustice, one would also have to hear the stories of those who know her best: her closest friend, her maid, accountant, plastic surgeon, daughter-in-law, neighbors, and--no less important--Canuto, the dog and king of the castle. After a lifetime of quarrels, which brother is closer to their mother, and therefore, happier? You be the judge, and don't allow the indiscreet opinions of all the characters to influence you.

This product hasn't received any reviews yet. Be the first to review this product!

All prices are in USD.